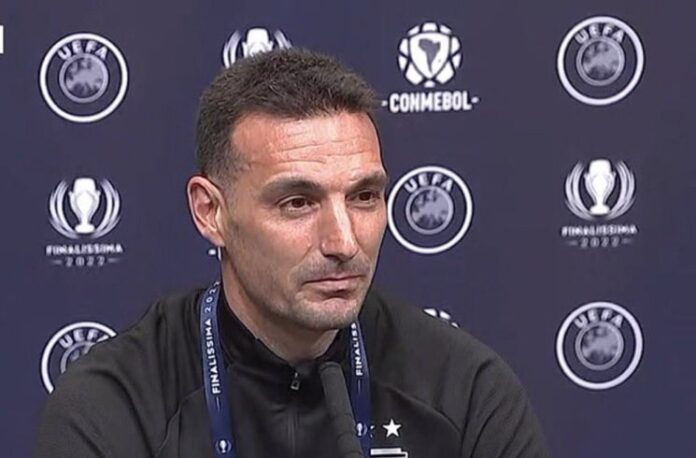 Even though Scaloni didn’t confirm the lineup for the Finalissima to be played this Wednesday against Italy, he had several thoughts to share. He emphasized that although his team has not lost a match since almost three years ago (0-2 vs Brazil, Copa America 2019), they “are not invincible”:

“The important thing here is not to believe we are unbeatable. We are a team that won a tournament but the road for us continues”.

Talking specifically about the Finalissima vs. Italy, this is what Scaloni had to say:

“Italy won the last Euros. It is a national team of the highest level that has been doing a great job.

“I hope tomorrow we play like we have been doing. We have no doubt that we will compete. It is always important to play against the best to see where we are.”

Also, Argentina’s coach explained what does playing with the national team implies, what he takes into consideration for choosing one player over the other, and he complimented Marcos Senesi:

“Playing with this jersey always means competing to the max.

“We value the performance that the players have and not where they play.

“Marcos Senesi is a left-footed center-back who is tall and has a great touch. I hope he takes his opportunity.”