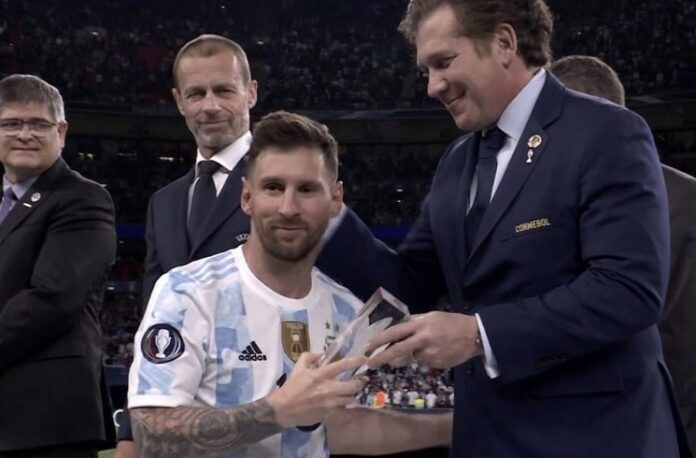 Lionel Messi has been named as the Finalissima Player of the Match!

Messi had two goals as he was named the best player of the Finalissima final. It is now the second trophy he lifts for Argentina in less than one year.

The Argentine has now won 40 career trophies, with two of his last three being with Argentina. He had two assists for Argentina in the Finalissima.