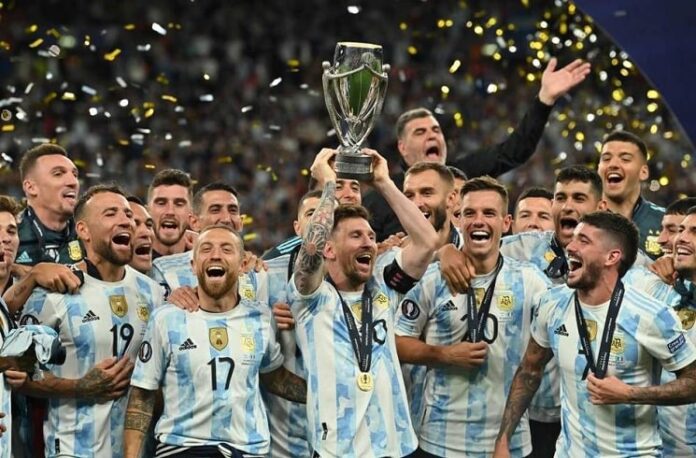 Argentina will play a friendly match in Abu Dhabi in November before the 2022 Qatar World Cup.

The Argentina national team will play in Abu Dhabi but the opponent has not been confirmed. Per VarskySports, the Copa America and Finalissima champions will play a match in November before travelling to Qatar.

Having won 3-0 vs. Italy on Wednesday, Argentina play Estonia on Sunday in Spain. The next confirmed match for Argentina is in September against Brazil, in the World Cup qualifier which is set to be replayed but as we reported, the AFA have appealed against playing that match.