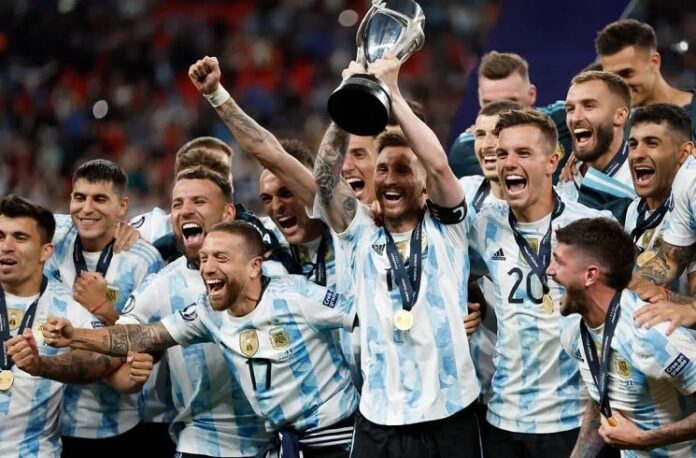 Alfio “Coco” Basile remains the person to have ever coached both Diego Maradona and Lionel Messi. He was also the coach who won the Artemio Franchi Cup, now the Finalissima. Speaking in an interview with Super Mitre, Basile had this to say on the 3-0 win vs. Italy as they won the trophy:

“Argentina played well in all lines, both in a group and individually and were far superior to Italy. Italy doesn’t have a single “crack” compared to us. It was a show against Uruguay, better than against Italy.”

“Today, everything is great but let’s not get big, let’s remain humble. I like how the team presses, they all press.”

In regards to Lionel Messi, here is what he had to say:

“Messi is always a phenomenon.”

He also spoke about Lautaro Martínez:

“Today, with Lautaro Martinez, you are sure of a goal in the matches.”

“I also looked at Scaloni out of the corner of my eye but after that, we realized the reality, of what he formed.

“We didn’t talk bad about Scaloni but we all doubted him when he started to coach.”

About the World Cup:

“Argentina are candidates with France, Brazil, Germany and England. Spain too although they lack a little experience.”