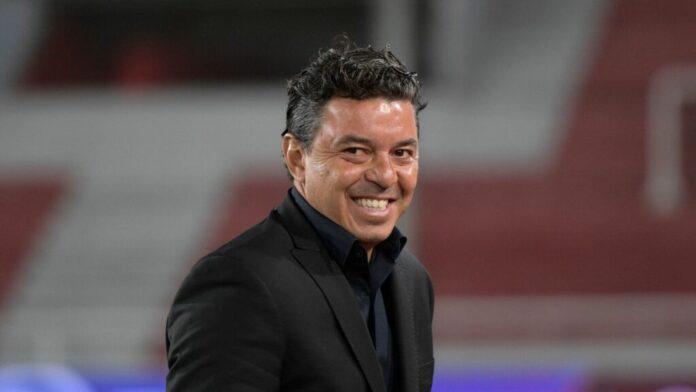 According to L’Equipe, Marcelo Gallardo is one of the three options to replace current Paris Saint-Germain coach Mauricio Pochettino this summer. PSG will reportedly have a meeting with the current River Plate coach this weekend. Gallardo’s contract with “el Millonario” extends until December of this year.

Within the last couple of hours, the Portuguese Luis Campos replaced the Brazilian Leonardo Araujo as PSG sporting director. According to the local media, Campos would be interested in three possible coaches for the Parisian club, one of them being Marcelo Gallardo. The other two options would be Joachim Low and Thiago Motta.

Last week, Gallardo traveled to France and stayed in Paris for a couple of days, where he was seen watching the tennis tournament Roland Garros. Rumors say that there he would have had his first contact with PSG. Gallardo has been coaching River Plate since May of 2014, where he has achieved so far 14 titles, including two Copa Libertadores and one Copa Sudamericana.

On the other hand, PSG directors are not satisfied with their team’s results and performances last season, despite winning the Ligue 1. Paris Saint-Germain’s biggest goal is to lift the Champions League trophy for the first time in their history, and they think they have the players to do so, such as the Argentines Lionel Messi and Leandro Paredes (Ángel Di María announced he is leaving PSG after seven seasons). According to Fabrizio Romano, PSG are seriously thinking of sacking the Argentine Mauricio Pochettino: