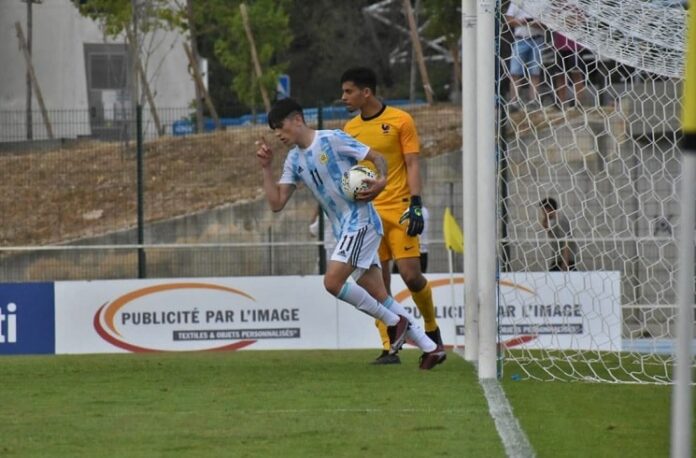 Alejandro Garnacho scored twice for the Argentina U20 team in their 6-2 loss vs. France.

Garnacho has now scored Argentina’s last three matches at the Toulon tournament, as he scored twice on Saturday. It was a match to forget for Javier Mascherano and his U20 team. After winning their opening two matches, the team now find themselves second in the group with six points.

With France leading 5-0, Argentina were awarded a free kick and it was Alejandro Garnacho who would take it. A very well placed free kick by the Argentine as he scored to put Argentina on the scoresheet.

France, who had players born in 2001 and 2002, would score another and at 6-1, Mascherano’s team were awarded a penalty with Garnacho taking it and scoring.

Javier Mascherano’s team now have to wait for the other matches to see if they qualify for the semi finals and who their opponents would be in that match. Mascherano started these players:

Argentina had players born in 2003 and 2004, a team younger than the team France brought to the tournament.