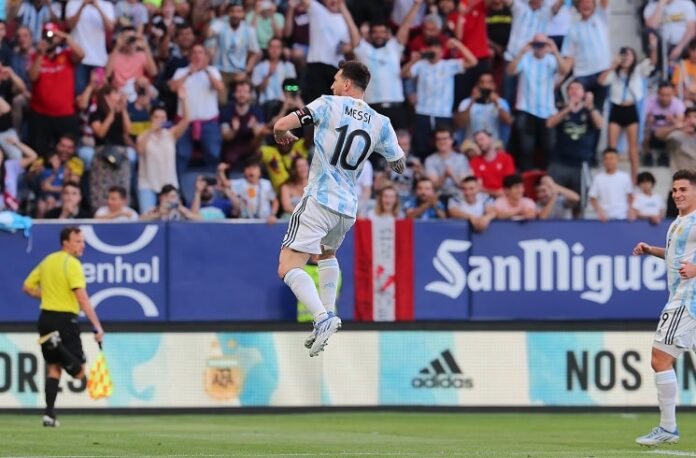 Argentina’s coach Lionel Scaloni spoke at a press conference after the 5-0 victory over Estonia and praised the five-goal scorer Lionel Messi:

“I do not know what else to say. It is very difficult. It’s like Rafa Nadal, what are you going to say? You have no words left to describe him, and especially for what he generates. It’s something unique and it’s a pleasure to have him in this group, to train him, his behavior and how he represents this jersey.

“We only have words of thanks. I don’t think he is just Argentina’s heritage; he belongs to the world. The day he doesn’t play anymore we’re going to miss him, so I hope he keeps playing and that everyone enjoys him and protects him because he’s a pleasure to watch.”

In addition to these words for Argentina’s captain, Scaloni also talked about the team’s
performance:

“In the first half, we didn’t play that well. They (Estonia) were stuck in the back and we couldn’t find the spaces. In the second half, we improved; we made a couple of positional changes, the game opened up and it was different. They have a fairly marked game idea and it was difficult to find spaces, but with patience we found it and the match was quite complete.”