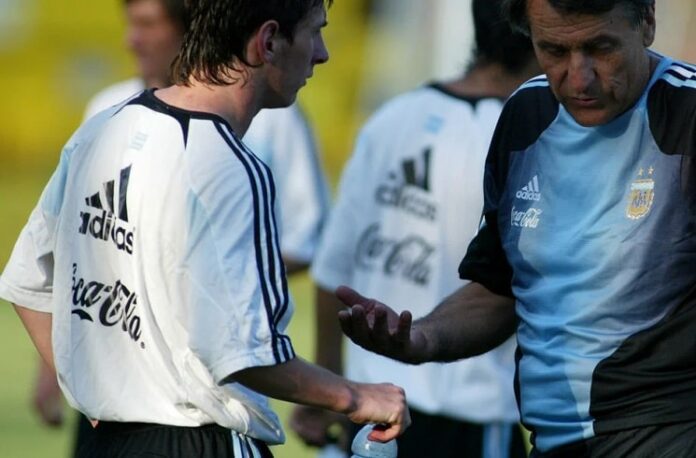 Former Argentina U20 coach and one who coached Lionel Messi at youth level, Hugo Tocalli, spoke about Messi’s greatness.

Hugo Tocalli was part of the legendary Argentina youth teams which won several U20 World Cups. Tocalli remains the last Argentine to coach Argentina to an U20 World Cup title, this coming in 2007 in Canada.

Tocalli also coached Lionel Messi at youth level. He gave Messi his Argentina debut in 2004 with the U20 team. Speaking with Súper Deportivo Radio, here is what Tocalli had to say:

“This version of Messi is unique. This Messi is like no other. This Messi that I see now, it’s the Messi I knew as a player.

“When you see this Messi who is smiling all day and who enjoys being in the national team, that makes me very happy. Because it reminds me of that Messi I met in the youth divisions. It makes me happy the attitude that he has to ask for the ball and to help his team mates. He gets along with everyone, I enjoy that but I’m not surprised.

“It’s very difficult for me to cry but yesterday (on Sunday) for example, I was moved because he scored a goal and wanted to score a second and then he wanted to score the third, fourth and fifth.

“He scored five and if he could do six or seven, he would have done it. That makes you emotional, with the name that he is in the world and that he continues to have that hunger for glory, it excited me and it gives me a lot of satisfaction.:

He also spoke about he and Jose Pekerman selecting Messi to the Argentina national team:

“Luckily we brought this kid because if he were to play for Spain, I would have had to have left Argentina and go live elsewhere because with Jose (Pekerman), we would not have forgiven ourselves for that.”