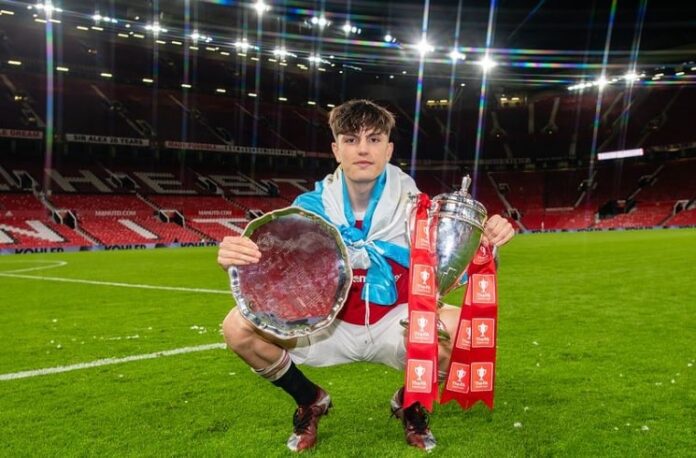 Manchester United are reportedly working on a new improved deal for the Argentine promising talent Alejandro Garnacho. His current contract is until 2025 and the club’s new offer would be a five-year deal.

The year 2022 has been a big one for Garnacho so far as he was called up to the Argentina national team, had a great season with Manchester United’s youth team, and had an outstanding Toulon tournament with Argentina’s U-20 team. These brilliant performances from the 17-year-old have gotten the interest of some big teams in Europe; this being the reason why Manchester United is trying to hold this rising star by offering him an upgraded contract.

Manchester United are working on new deal for the Argentinian talent Alejandro Garnacho. Talks already started to get things done by this year. 🔴🇦🇷 #MUFC

Man Utd plan is to offer a five year deal as Garnacho is considered a huge talent. pic.twitter.com/EwBfLzRoV8