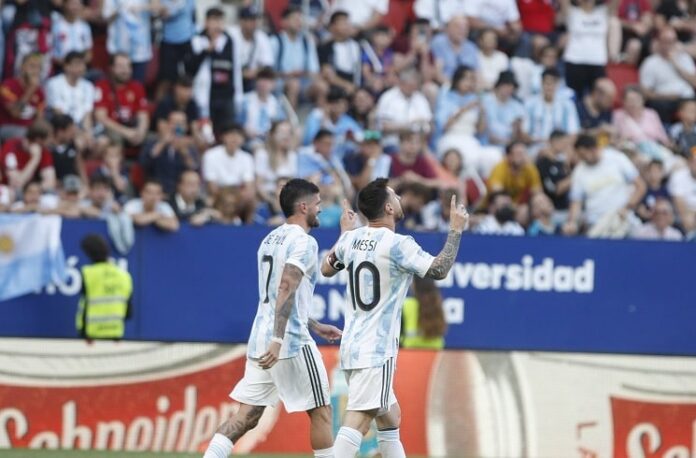 Rodrigo De Paul spoke about Lionel Messi at the day of the Copa America final and coach Lionel Scaloni.

De Paul has become the heartbeat of the Argentina national team. Seen by many as the midfield general, De Paul was on television in Argentina where he spoke on Tele Fe. Here is what he had to say in regards to Lionel Messi:

“The day of the final vs. Brazil, I look at Messi drinking mate as if nothing was going on and I couldn’t believe it. For him, that day was all or nothing and he was like he always is.

“The day of the final with Brazil, I looked at him said “there’s no middle ground for him. Either it’s God or hell.” He had a tremendous Copa America.

“With Leo (Messi), we had good vibes from the first moment. I admired him before and today too, more as a person.

“In the morning we (he and Lionel Messi) get together and drink mate with Papu. We are the ones who get up the earliest.”

In regards to the team before the Copa America:

“We turned off the television because we didn’t want to receive the bad vibe thrown by the media. There were people who didn’t want Argentina to be champion.”