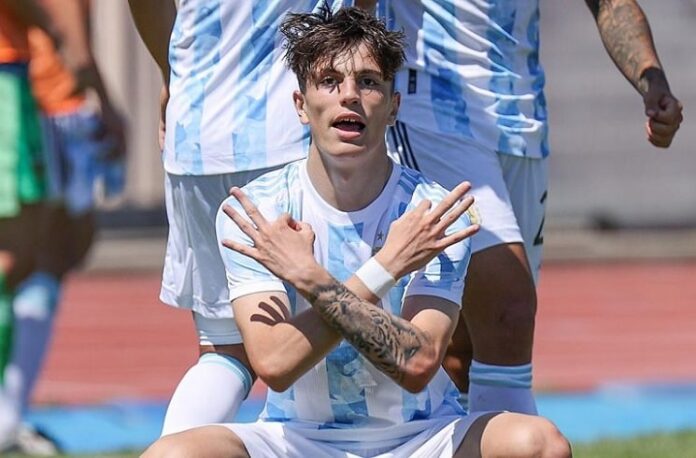 Alejandro Garnacho won the Goal of the Tournament for the Argentina U20 national team at Toulon.

Garnacho finished the tournament with four goals and one assist in four matches. One goal against Panama, two against France and his last one against Japan.

Still only 17 years old, Garnacho was called up to the preliminary list of the Argentina national team back in March and has since featured for the Argentina U20 team.

Javier Mascherano, the coach of the Argentina U20 team called the player up to the team for the youth tournament in France. And it was in the team’s 6-2 loss vs. France where Garnacho scored the goal of the tournament.

Argentina were awarded a free kick and Garnacho took it and scored. It was his first of two goals in that match.

Alejandro Garnacho of Argentina and Manchester United has won the Goal of the Tournament award at the 2022 Tournoi Maurice Revello (Toulon). His free kick vs. France! pic.twitter.com/iB8YNn1gux