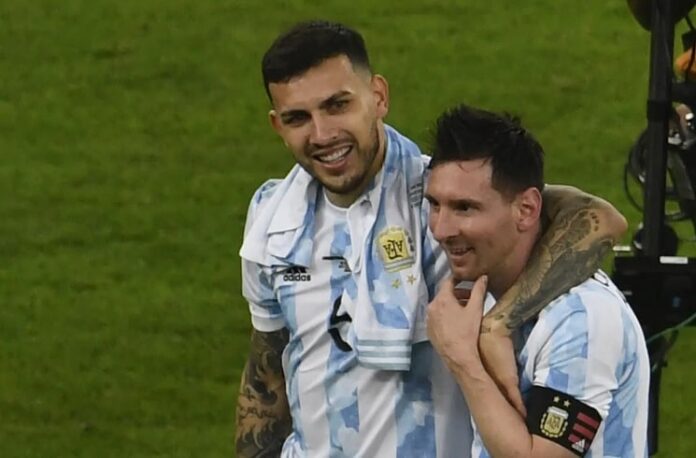 Paredes has been an integral part in the Argentina national team. He is one of the players who has represented the team the most since Lionel Scaloni took over as coach.

The Argentine was part of the 2021 Copa America team which lifted the trophy in Brazil. Speaking in an interview with Todo Pasa, here is what he had to say in regards to the Copa America:

“For us, it’s very important that he is well, happy, enjoying everything we are living. He suffered a lot with the Argentina national team. It’s nice that today, he’s enjoying it.

“It shows every time we have to come to the Argentina national team, how he enjoys it, how he lives it. He knows that it may be his last World Cup and he enjoys it more. It’s nice to win, to be how we are. Doing it with him is more than enough.”