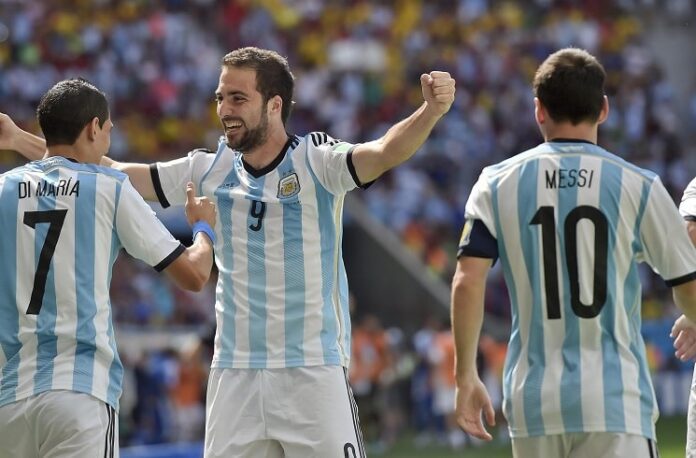 Gonzalo Higuaín spoke about playing for the Argentina national team, the World Cups, the Copa America, playing alongside Lionel Messi and being able to represent France.

Higuaín played in three FIFA World Cups and three Copas America. Now retired from the Argentina national team, the 34 year old spoke about playing for Argentina and not France. Speaking in an interview with LiberoTyC, here is what he had to say:

“I was very close to playing for the French national team, Domenech came looking for me. There was Henry, Zidane, Petit, Deschamps, Patrick Vieira, Laurent Blanc, Fabien Barthes… But I couldn’t betray my heart which was that I wanted to play for the Argentina national team.

“I lived 10 months in France and 18 years in Argentina. I was able to play in three World Cups, four Copas America, 10 years with the national team, being the sixth all time top scorer. The icing on the cake wasn’t given which is to win but what I experiences and what I traveled, no one can take that away from me.

“Players from other national teams told us that had they achieved what we did, they would have built them status in their countries and for us, they criticized us.

“Before, it was asked that we get passed the quarter finals. And then the obligation was to be champion. And who imposed that bar? Our generation.

“Of the missed chances in the finals, the one I am blamed the most for is the one on one against Chile in the United States. The goal against Belgium is the one I shouted the most in my life, as if it were my last.”

“If I wasn’t the first (player), I was the second who played the most with Cristiano and Messi. If I had to pick (who is better), I would pick Messi.

“I played with the two best goalkeepers of the last 20 years, Buffon and Casillas. With Messi and Cristiano. Maradona picked me for a World Cup. I lived stories I never thought I would live.”

“I would have liked for it to be different but the coach chose it to be that way. Four years have passed and it hurts, it hurts any player who cannot play. Especially knowing that it was my last championship with the Argentina national team. It hurt me not playing against France at the World Cup in Russia. It was my last match with the national team. I love Argentina, I love my country.”

About his best coaches:

“The three best coaches I had were Sabella, Pellegrini and Sarri. Maradona I put apart because he is a special case. He was the first to back me and to pick me for the national team. I am forever grateful.

“Sabella is a teacher. He was calm and was fond of the player.”

He also spoke about other football related topics:

“When I went to Napoli, I was close to playing with Arsenal. They tod me they didn’t buy me because I was too expensive. Within days they paid 80 million for Ozil, ha!”

“My idol as a kid was the Brazilian Ronaldo, the two months where we played together were a dream.

“When I was little, I liked San Lorenzo. My uncle took me to see them, I saw the ’95 team. I always want them to do well.” 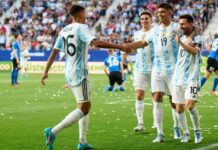 Argentina ahead of France in FIFA rankings, now third