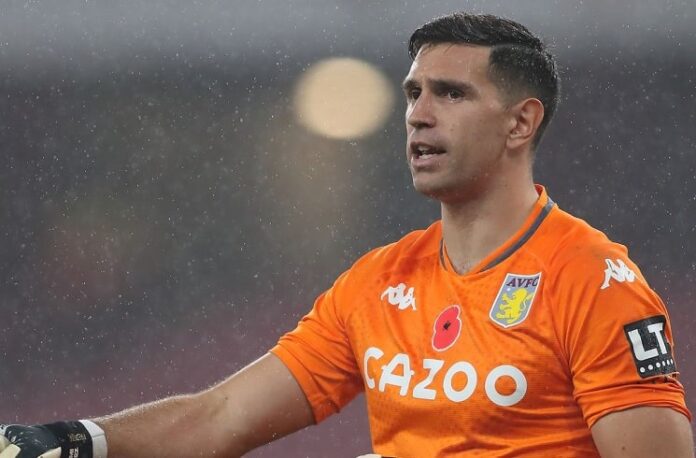 Argentina will have between 10 and 12 players in the Premier League this season as we talk about their chances of making the World Cup and their history with the Argentina national team.

There will be three Argentine goalkeepers and two defenders in England next season. Emiliano “Dibu” Martínez of Aston Villa, Paulo Gazzaniga of Fulham and Willy Caballero of Southampton are the three goalkeepers.

The two defenders are Cristian “Cuti” Romero and Federico Fernandez. While Lisandro Martínez might end up playing in the Premier League, he is not yet counted.

Paulo Gazzaniga is back in the Premier League. He played and won the Championship last sesaon with Fulham, keeping three clean sheets and allowing 17 goals in 13 matches.

Gazzaniga has also represented the Argentina national team as he was called up by Lionel Scaloni. He played only one match and it was against Mexico where he kept a clean sheet.

Willy Caballero is the only Argentine goalkeeper in the Premier League who has played at a World Cup. At 40 years of age, he has played five matches for Argentina, keeping two clean sheets and allowing nine goals.

Caballero has won the U20 World Cup back in 2001 with Argentina and won Olympic gold in 2004 in Athens. He has not played for Argentina since the last World Cup.

Cristian “Cuti” Romero is still only 24 years old and has played 11 matches with Argentina, helping keep nine clean sheets and scored a goal. Like Martinez, he has won the Copa America and Finalissima.

In his first season with Tottenham Hotspur, he played 22 matches in the league, helping keep seven clean sheets and even scoring one goal.

Federico Federico is still only 33 years old and was part of the Argentina team which made the 2014 World Cup final. Mostly paired with Ezekiel Garay, Federico played 32 matches for Argentina, helping keep 13 clean sheets and scoring one goal.

With Newcastle United last season in the Premier League, he played seven matches and helped keep one clean sheet.