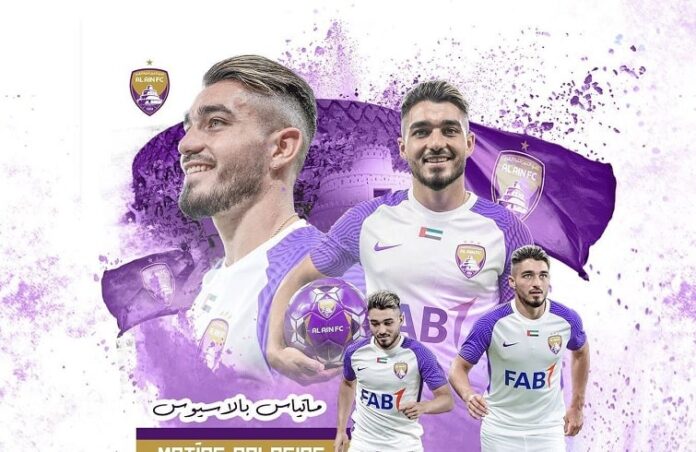 Matías Palacios has joined Al-Ain in the UAE from FC Basel.

Palacios joins the league champions for a fee of $3.30 million on a four year contract from FC Basel after undergoing a medical. The Argentine, still only 20 years old, has previously been capped by the Argentina U17 and U20 team.

He started off his career with San Lorenzo and joined FC Basel last year. Speaking to Al-Ain’s official website, here is what he had to say:

“I felt satisfied with Al Ain’s offer, which was featured by seriousness during the negotiation phase. I understand well that I will be facing a new challenge in my career and get a great opportunity to fulfill my ambitions with one of the biggest clubs in the Asian continent.

“I am confident that Al Ain Club is a strong team with a distinguished squad who are ready to fight to win more titles.

“I know Al Ain before the negotiation phase, specifically in 2018, when the squad faced the Argentine River Plate FC in the FIFA Club World Cup- 2018 UAE to be qualified to the final match against Real Madrid at the time.

“What the team players exhibited in that tournament made the whole world show genuine respect to the team. Indeed, it is not a secret if I tell you that when I learned that Al Ain Club intended to have me on board, I started searching more about Al Ain Club and the city. It was amazing to read such massive and wonderful information about the history of the “Boss. So, naturally, this motivated me to join this great club.

“This enhances the desire of everyone visiting it to be loyal to such a great city for the amazing balance that combines the originality in its archaeological sites, historical treasures, and modernity that is embodied in its greenery, charm, beauty, and open, modern and smart spaces, such as the Plaza Square located in the vicinity of Hazaa Bin Zayed Stadium. The latter is really a rare architectural masterpiece.”