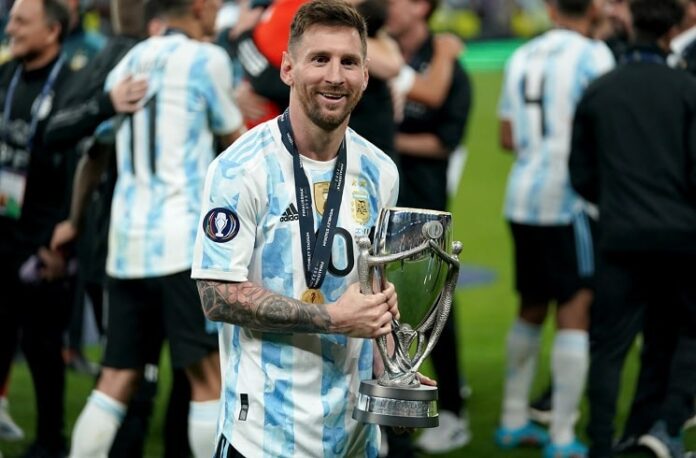 Ayala is part of the coaching staff which won the Copa America and the Finalissima with the Argentina national team. Having previously been part of several tournaments for Argentina, the veteran spoke about the current group of players in an interview on Friday.

In an interview with D Sports Radio, the Argentine had this to say about the team:

“We believe in what we do and the players feel comfortable with the cause and what is asked of them.

“I have had colleagues with whom we would not get together for vacation but this group is not like that. It’s good to know about the other (player) and it creates a greater commitment being on the pitch. I hope everything continues like this.”

“He saw the moments of each one of the players. He kept his eye there. At the 2019 Copa America, we already felt that we were aligned in what was intended, beyond not having won the title.

“The national team is not only Messi. He has to make us better and we must continue helping him to be the best.

“In Messi, I see a sense of belonging in what it means to wear the captain’s armband. With the right words and being one of the boys. Sometimes he is serious with the boys. He shows it in every gesture.

“In Messi, I found many aspects of a positive leader, the one who is always there in difficult moments.

“I was in my part of the locker room but I heard Messi’s speech at the Maracaná and I wanted to go out and play myself. I remember it and it makes my hair stand on end.”

On the World Cup and France:

“They don’t have to play well to hurt you. They can get a goal out of nothing.”

“If we are in competitive mode, we will be a difficult team.”

He also spoke about the World Cup qualifier which is supposed to be played against Brazil in September:

“Let’s see what happens with Brazil. If we have to play it, we will play it. Nobody wants to lose but for a red (card), you have to serve it in Qatar.

“It’s heated matches. We still don’t have any official information and we don’t know what we are going to do. If we play with starters or not. The qualifiers happened and everyone is where they have to be.”