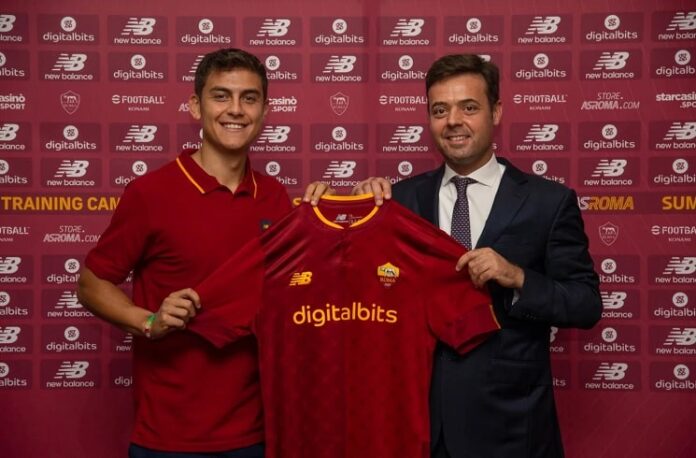 Paulo Dybala has joined AS Roma as a free agent.

Dybala has signed a three year contract with the club. AS Roma announced that the Argentine has signed a contract, keeping him at the club until June 30, 2025.

The 28 year old will be wearing the number 21 shirt. Speaking with the AS Roma website, here is what he had to say:

“The days that have led up to me signing this contract have been filled with so many emotions. The speed and determination with which Roma demonstrated just how much they wanted me made all the difference.

“I am joining a team that is on the up, a club that continues to put in place strong foundations for the future, and a coach, Jose Mourinho, that it will be a privilege to work with. As an opponent I have always admired the atmosphere created by the Roma fans – I now cannot wait for the chance to salute them while wearing this shirt.”

Named as the league’s MVP in 2020, he has also been in the Team of the Season four times. He has also won Serie A five times.

He has played 34 matches With the Argentina national team, most recently scoring in the 3-0 win vs. Italy as Argentina won the Finalissima.