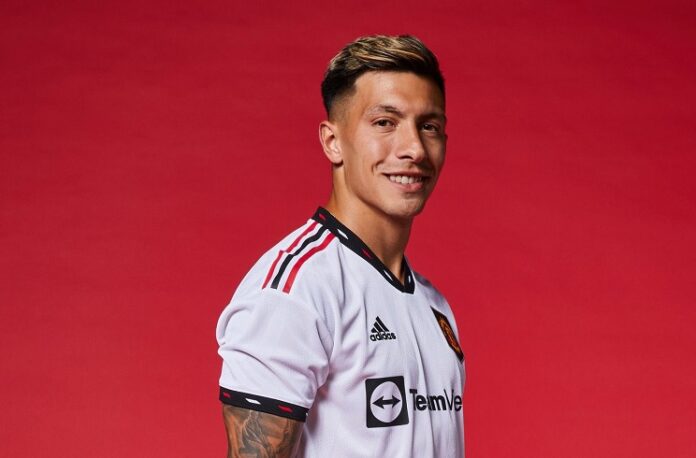 Lisandro Martínez has signed with Manchester United and spoken about his transfer.

Martínez is now a Manchester United player. While the move was confirmed over a week ago, no official announcement had been made.

Manchester United made the move official on Wednesday as Lisandro was at Carrington. The contract is until June 2027 with the option to extend it for a futher year.

The 24 year old spoke about joining the club. Speaking to the club’s website, here is what he had to say:

“It’s an honour to join this great football club. I’ve worked so hard to get to this moment and, now that I’m here, I’m going to push myself even further.

“I’ve been lucky enough to be part of successful teams in my career and that’s what I want to continue at Manchester United. There will be a lot of work to get to that moment, but I firmly believe that, under this manager and coaches, and together with my new team-mates, we can do it.

“I want to thank Ajax and their fans for all the support they gave me. I had an unbelievable time there but feel the moment is right to test myself in another environment. Now I am at the perfect club to do this.”

John Murtough, who is the Manchester United football director also spoke about the move:

“Lisandro is an outstanding player who will bring further quality and experience to Erik [Ten Hag]’s squad.

“We are delighted that he has chosen to join Manchester United and we are looking forward to seeing him develop further and help the team achieve the success we are aiming for.”