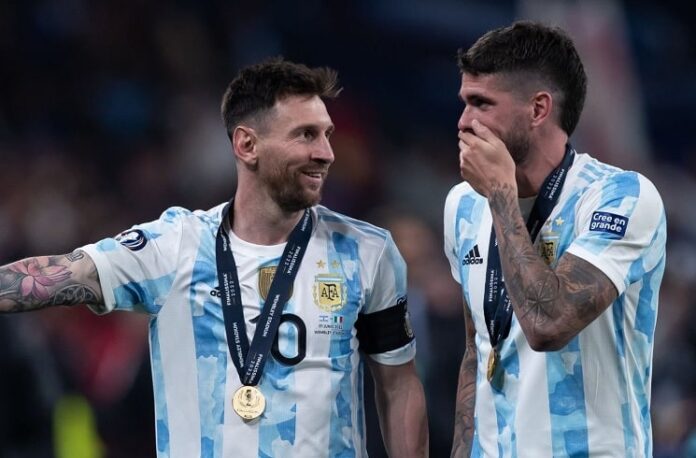 De Paul has been one of the pillars of the Argentina national team. Part of the Lionel Scaloni process from the first day, the Argentine spoke in an interview with América Noticias on Thursday. Here is what he had to say:

“In 2019, after the match against Brazil, Leo (Messi) put himself in a position of an absolute leader defending all of us. From there, everything started to flow. Obviously the wins help.

“People are very euphoric and you don’t want to disappoint anyone but a World Cup is very difficult. We won a Copa America, the Finalissima, we are 33 matches without a loss and we qualified well.

“Hopefully we can have a great World Cup.”

“When the call came from Leo (Scaloni) in this changing process after the last World Cup, I saw an opportunity of being able to be part of what is to come and the truth is that I took advantage of it. Things in the national team turned out better than I expected.”