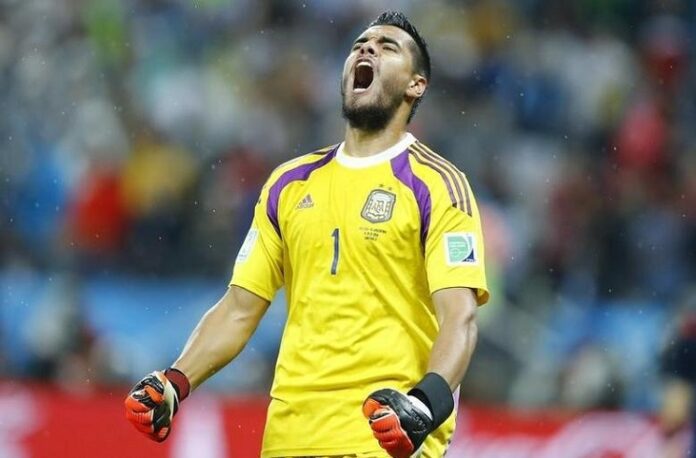 Sergio Romero has stated that the door to the Argentina national team is one that will never close.

Romero was part of two FIFA World Cup tournaments with the Argentina national team and was the hero for the team in the semi finals. Having played 96 matches, the 35 year old is a free agent. Speaking in an interview with ESPN, here is what he had to say:

“The Argentina national team is a door that will never close in my life.

“The national team is doing very well, it has people who are very committed to defending this colors. The team is very good and the fact of having won a title reinforced the unity of the group. It was needed to unwind. It’s going to be a great World Cup.”

He also spoke about Lionel Messi:

“Leo changed the facet he had before. He has grown a lot. We are seeing the best version of him simply because he is a little older and thinking things much better.”