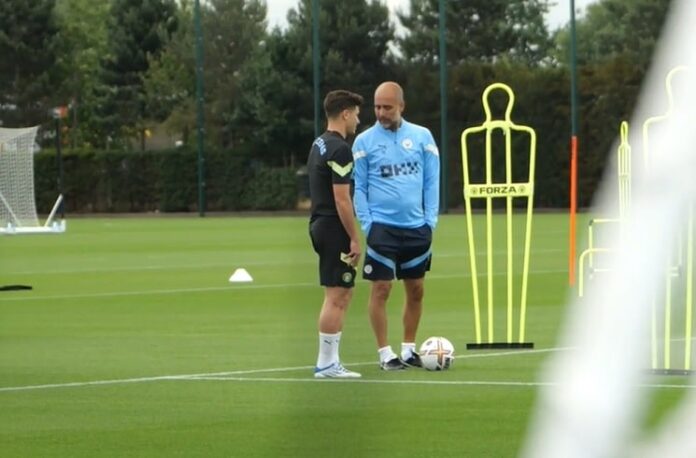 Pep Guardiola commented on Julián Álvarez in an interview for ESPN Argentina. Manchester City´s coach praised the young Argentine striker stating how well he adapted to the team.

Here is what Guardiola had to say about the former River Plate man:

“The first thing I can say is that we were not wrong with Julián. We had said that he was a fantastic boy, which we have proved. He is an absolute team player, you can tell by the effort he gives, and he can score too. He is an extraordinary signing and hopefully he will be here for many years.

When Pep was asked about the chances of Álvarez playing with another striker like Erling Haaland, here is what he responded:

“Yes, he can be complementary. If we play with very open wingers, I see it difficult. When we play with tighter wingers, he can adapt. I have no doubt.”