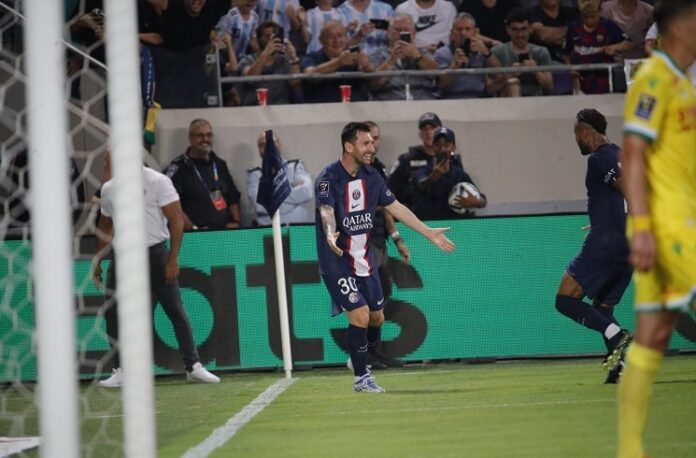 Lionel Messi reached 41 career trophies as he scored for PSG in their 4-0 win vs. FC Nantes and they won the Trophée des Champions.

Messi scored the first goal of the match and his first in a final for PSG. The Argentine received the ball on the edge of the penalty area as he dribbled around the goalkeeper and scored.

The 35 year old played the entire 90 minutes with Leandro Paredes being brought on as a substitute. Messi has now won 41 career titles and has two with PSG.

With the Argentina national team, Messi has won a Copa America, a Finalissima, an U20 World Cup and an Olympic gold medal. At his first club FC Barcelona, he won 10 La Liga titles, 4 Champions League titles, 7 Copa del Rey titles, 8 Supercopa’s, 3 Club World Cup trphies and 3 UEFA Super Cups. With PSG, he has also has one Ligue 1 trophy.