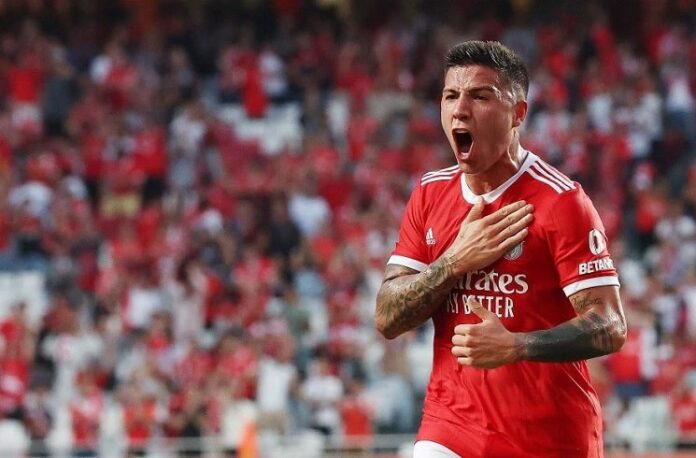 Enzo Fernández scored for Benfica in their 4-1 Champions League qualifier win vs. Midtjylland.

Fernández made his official Champions League debut for Benfica and stamped it with a goal. With Benfica leading 2-0, they were awarded a corner kick.

The cross was sent to the Argentine who was standing on the edge of the penalty area and his right footed shot would beat the goalkeeper and score. The 21 year old has impressed for Benfica since joining them in July.