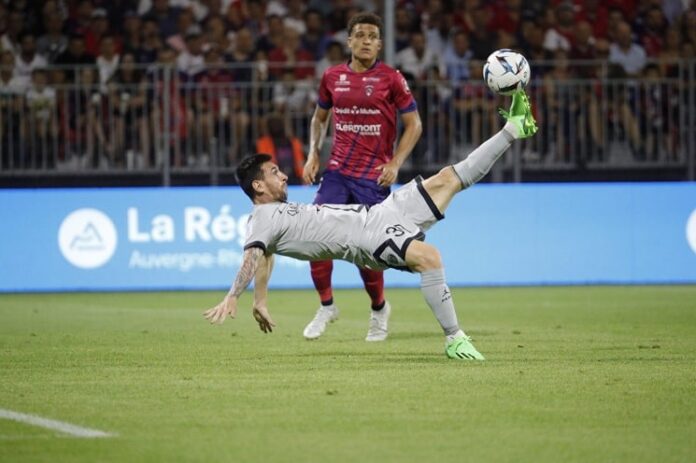 Lionel Messi scored twice for PSG in their 5-0 win vs. Clermont Foot.

Messi had two goals and one assist in PSG’s opening Ligue 1 match. A rejuvenated Argentine who was sharp from the opening minute.

With PSG leading 3-0, it was Messi who had the ball in midfield. He would start PSG’s attack and pass it to Neymar who would return the ball back to Messi and he would score his first goal of the match.

The last PSG goal, Messi’s second, was truly out of this world. Leandro Paredes would cross the ball to Messi who would chest it and score with an overhead kick.