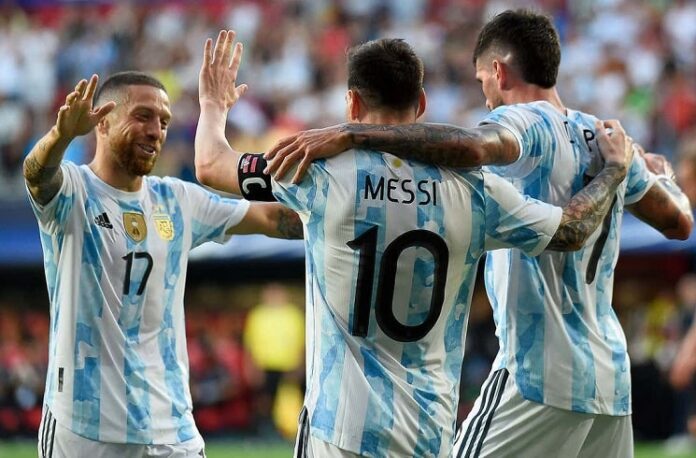 Batistuta is one of the all time strikers in world football. One fo the best ever, he managed two hattricks at two separate FIFA World Cup tournaments with the Argentina national team.

Prior to Lionel Messi, Batigol was the leading scorer for Argentina. Now retired, he spoke in an interview with La Nación. Here is what he had to say:

“Argentina are well, they are very well. They got a good draw, no?

“Winning the Copa America, it relaxed them, you see them univted, the coach is firm, you see them following him… If they are going to win it? What do I know, I played football and this is not math.”

“I didn’t play until I was 40 because my ankles didn’t let me but I understand his mentality. It shows that he can, why stop? We all play because we have a goal and his goal is to be the best in the world… Forever. And that’s what moves him. And I imagine he is going to play until he gets kicked out.

“Messi is going to play well at this World Cup and not because it could be his last. Because I’m sure he also wanted to win the previous ones but now he has a good team.”

In regards to Lionel Scaloni:

“I don’t know him but the skinny guy prevailed. He went with logic: You see when you throw a pebble into the water? The waves are doing like this, one by one… Well, the skinny guy (Scaloni) started with the players. He didn’t start by wanting to convince the fans, the journalists. No. He never gave anything. Never any controversy, nothing.”

On the favorites for the FIFA 2022 Qatar World Cup:

“There are many. In Spain they say that it can’t escape them this year… And Belgium and there is England and Germany is Germany and we still haven’t named France. And no one is talking about Portugal; wait a bit and you will see Portugal.

“But I come back to it: Our national team is going through a great time. We debut vs. Saudi Arabia. The name tells you nothing but they are at the World Cup. Congo is not here. Chile is not here.”