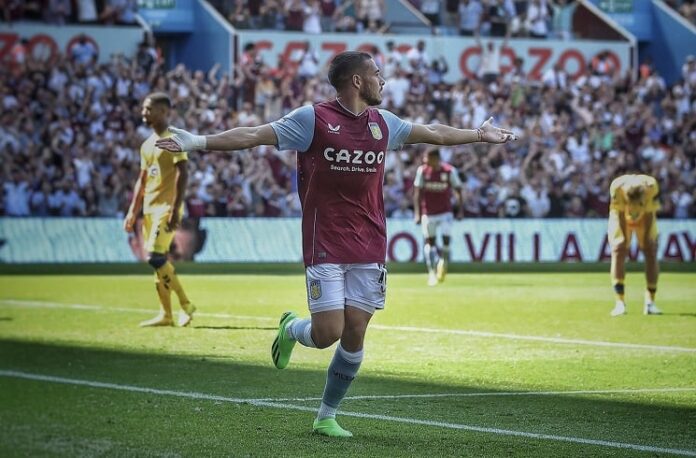 Emiliano Buendía scored for Aston Villa in their 2-1 win vs. Everton.

Buendía was substituted on 11 minutes after the second half had started in place of Philippe Coutinho, who left the field injured. When the match was coming to an end and Aston Villa were 1-0 up in the score, Buendía started a fantastic play from a fast counter-attack, which ended up with the Argentine pushing the ball to the back of the net to double the lead.

Emiliano Martínez was the other Argentine in this game. “El Dibu” was very solid in the goal and had some good saves that were also important for achieving the three points for his team.