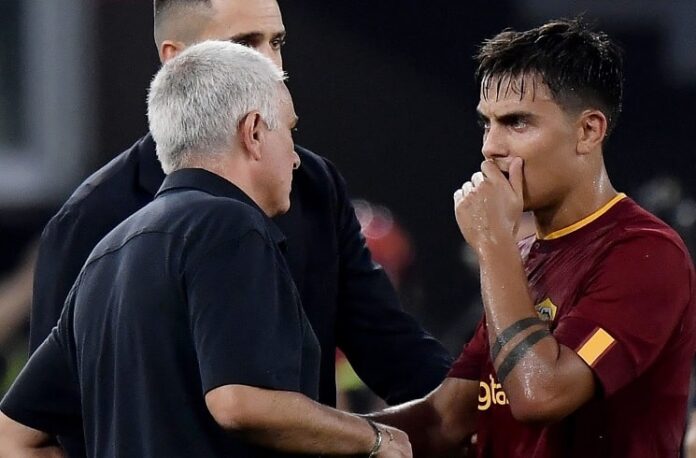 AS Roma coach Jose Mourinho praised Paulo Dybala after their 1-1 draw vs. Juventus.

Jose Mourinho only had nice things to say about Dybala following the 1-1 draw. Dybala, who had an assist on the goal, was up against his former club. Speaking at the press conference after the match, here is what Mourinho had to say:

“He always makes a difference. People think he does well when he scores or assists. Tonight he made the difference. He is a point of reference for the team.

“Dybala played well, Cristante did a great job to leave a more central route open for Paulo. It was enough for us to step into the box in the second half and there was the feeling of fear of their fans.”