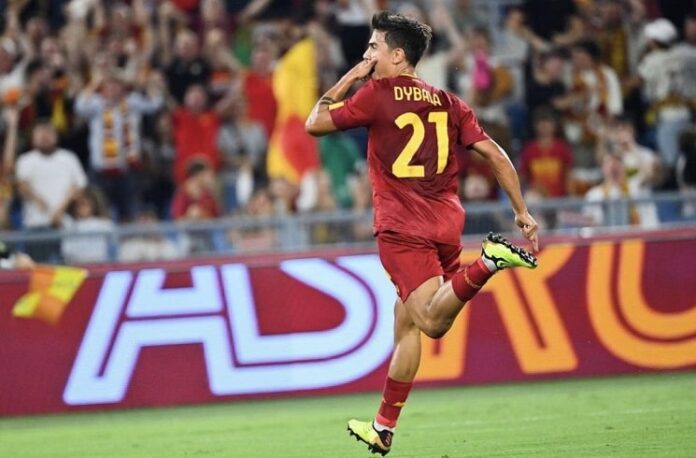 Paulo Dybala scored twice for AS Roma in their 3-0 win vs. Monza as he reached 100 goals in the league.

Dybala reached 100 Serie A goals with his two goals for AS Roma vs. Monza. With the score at 0-0, a pass onto Dybala as he held off two Monza defenders and scored to give AS Roma the 1-0 lead.

The Argentine would make it 2-0 as Abraham’s shot was saved by the goalkeeper and Dybala was the first to get to the loose ball and score. He now has two goals in four matches for Roma. Here is where Dybala ranks in all time Argentine goalscorers in Serie A: