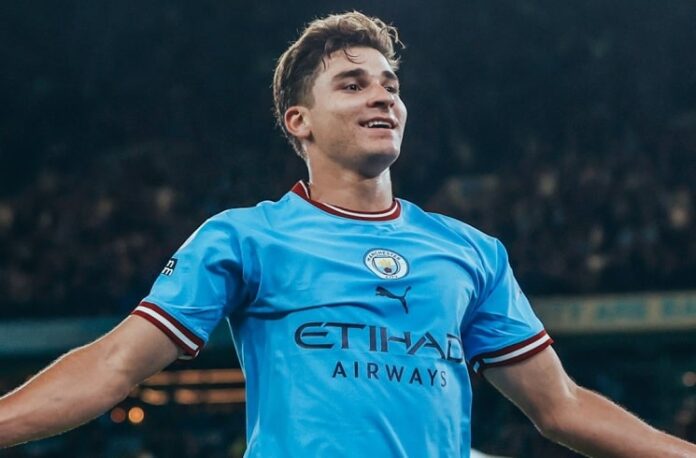 Julián Álvarez scored twice for Manchester City in their 6-0 win vs. Nottingham Forest.

With City winning 4-0, it was a pass into Álvarez and his strike would beat the goalkeeper to make it 5-0 for City. The Argentine scored his second of the match after an initial effort was blocked by a defender and his powerful shot went into the roof of the goal.