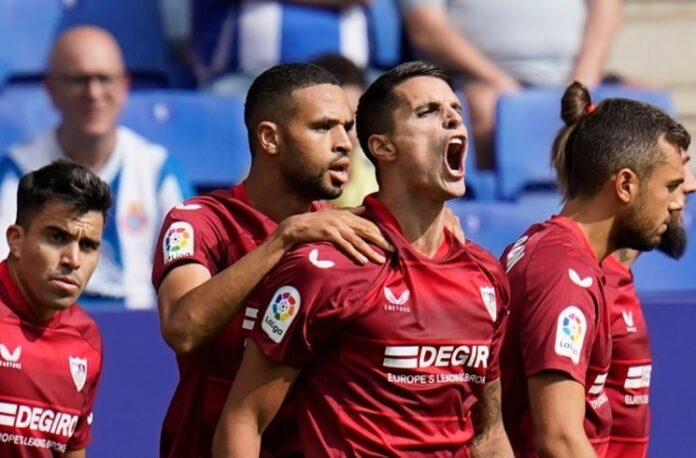 Erik Lamela scored and was red carded for Sevilla in their 3-2 win vs. Espanyol.

Lamela had a great start to the match. The Argentine scored after a great run only 45 seconds into the game.

The 30 year old has taken part in every game for Sevilla this season and scored his first goal of the new season. He did however get red carded.

With Sevilla leading 3-2, Lamela went in leg first and the referee gave him a red card.

Marcos Acuña also started for Sevilla in their win. Gonzalo Montiel was an unused substitute.