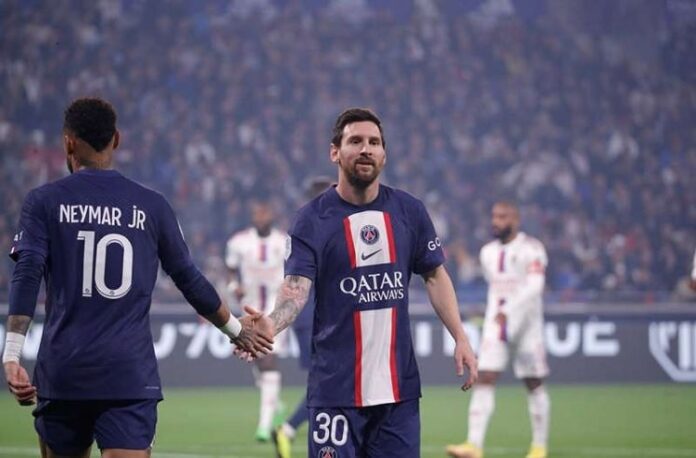 Lionel Messi scored for PSG in their 1-0 win vs. Lyon.

Messi scored and reached four league goals for the season to go with his seven assists. It was a vintage Messi goal as he played a pass in to Neymar and Neymar would pass it back to Messi and the Argentine would score.

He would come close to scoring again. A great dribble and stop inside the penalty area as he chipped the goalkeeper but a defender would clear it off the line.

A free kick late in the game nearly made it 2-0 for PSG as Messi’s free kick hit the post.

Another angle of Lionel Messi’s goal for PSG. 🇦🇷pic.twitter.com/hxer7Ek7qE