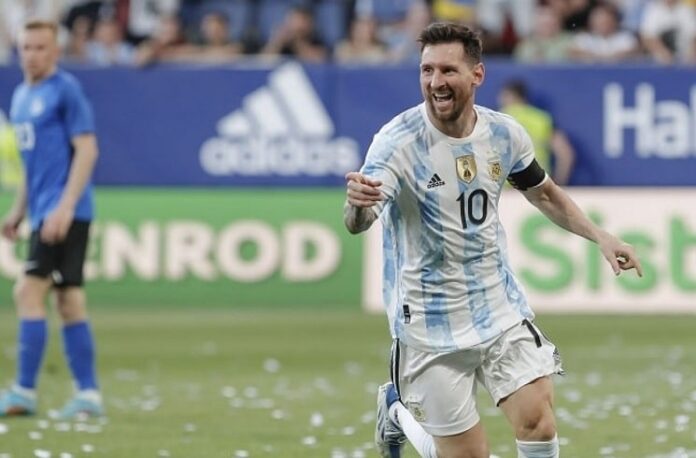 The Argentina starting XI has been announced as Lionel Messi, Lautaro Martínez and Papu Gómez all start.

Lionel Messi and Lautaro Martínez start the game for Argentina with Papu Gomez in place of Angel Di Maria. Argentina national team coach Lionel Scaloni has went with the following eleven for the game:

The Argentina national team walking onto the pitch for the game. They are wearing the purple alternate kit. 🇦🇷 pic.twitter.com/X3D8qVBWh1