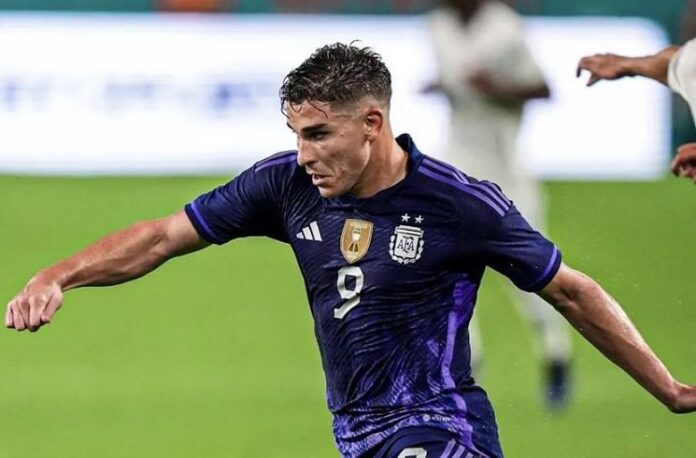 Julián Álvarez scored the first half goal for Argentina as they lead 1-0 vs. Jamaica.

Álvarez has his second goal for the Argentina national team after great work by Lautaro Martinez. With rumors of Lionel Messi possibly not starting, it was Julián Álvarez who started in place of Messi.

Argentina national team coach Lionel Scaloni fielded a different eleven to the one which started the 3-0 win vs. Honduras. Here is the eleven which has been selected by Scaloni:

Julián Álvarez with the only goal of the game for Argentina. Great work by Lautaro Martínez.pic.twitter.com/jGtnHqz4Mq