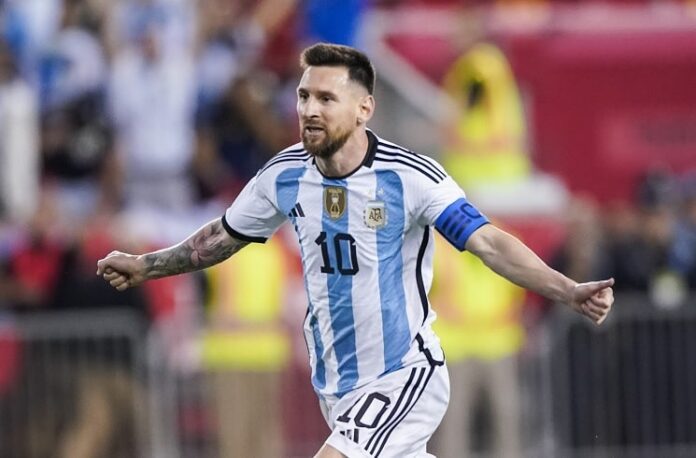 Lionel Messi scored twice as a substitute for Argentina in their 3-0 win vs. Jamaica.

Argentina national team coach Lionel Scaloni did not make any substitutions at half time but Messi was warming up. Messi would be brought on as a substitute for Lautaro Martinez as the New Jersey crowd in the stadium would get to see the best player in the world.

The ball would fall to Messi and with one man marking him, Messi would score from outside of the penalty area to give Argentina the 2-0 lead. The fans would go crazy but Messi was not done.

A free kick for Argentina and Messi would roll the ball under the wall and score. He has now scored 90 goals for the Argentina national team.

It is now 35 games undefeated for Argentina.

Julián Álvarez with the only goal of the game for Argentina. Great work by Lautaro Martínez.pic.twitter.com/jGtnHqz4Mq

LIONEL MESSI WITH A GREAT GOAL FOR ARGENTINA! pic.twitter.com/WV9q0ZEVEP