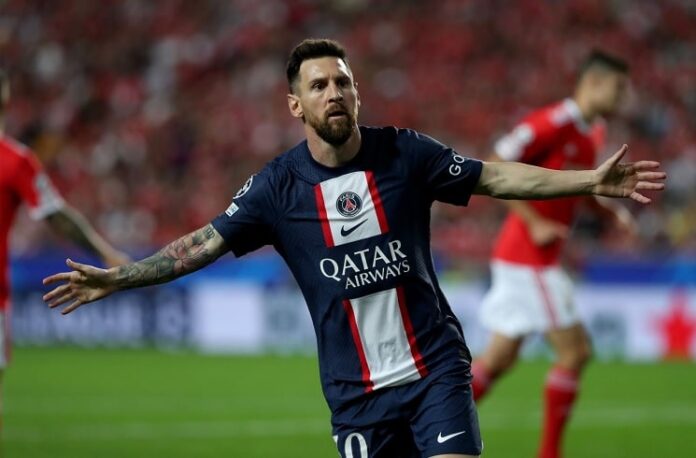 Lionel Messi scored for PSG in their 1-1 draw vs. Benfica

With the score at 0-0, it was a great team goal by PSG with Messi scoring from the edge of the penalty area, placing the ball into the top corner to give PSG the 1-0 lead.

The Argentine scored vs. Maccabi Haifa and Lyon before scoring two goals against Honduras and two against Jamaica with Argentina.

He would score against OGC Nice and now with Benfica with PSG. He now has two goals and one assist in the Champions League.

With his goal against Benfica, he has now scored against 40 different teams in the Champions League. A record which was previously held by himself.

An alarm bell went off as he was substituted off for PSG. Unofficial reports are that he may have some discomfort.