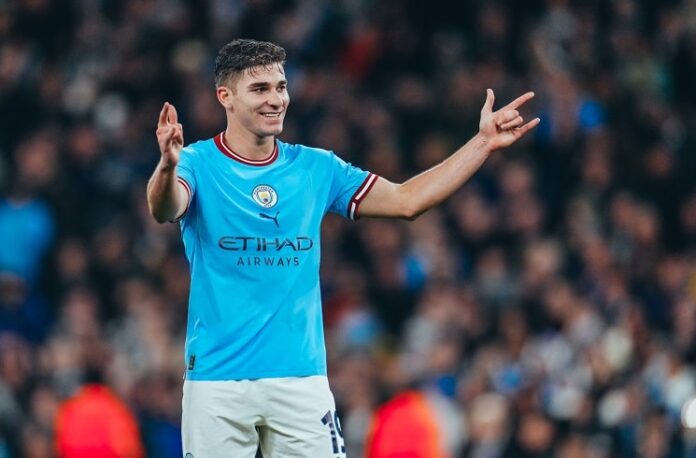 Julián Álvarez scored for Manchester City in their 5-0 win vs. Copenhagen.

Álvarez scored his first goal for Manchester City in the Champions League. With City leading 4-0, a great bit of passing by the City players and the ball would fall to the Argentine who would score.