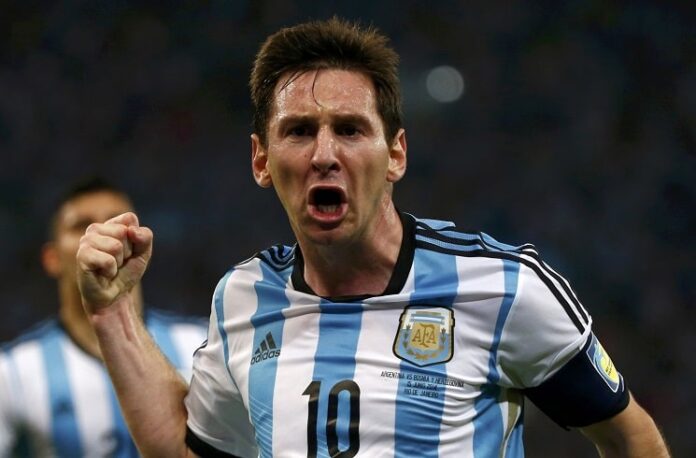 Lionel Messi commented on every World Cup he has taken part of with the Argentina national team and the three finals lost.

Messi has taken part in four FIFA World Cups with the Argentina national team. He reached a final in 2014 and did not take part in one of the games where Argentina were eliminated.

He also spoke about the 2022 World Cup and how it would be his last, while also speaking about Argentina coach Lionel Scaloni and Sergio Aguero retiring. Speaking with Star+ about the World Cups, here is what he had to say about Argentina’s 2006 World Cup team:

“I had an injury before the World Cup at Barsa. I came to play the last few friendly games with the Argentina national team but I got to the World Cup without having played the last months. I played vs. Netherlands, Mexico in the Round of 16 and vs. Germany I didn’t play.”

“I believe we had a great national team, a great group and well, Germany got us. We were good until their first goal and from there, we started to go crazy, a mess and they started to score goals. It was difficult for the way we lost.”

About the 2014 World Cup team which made the final:

“We had a spectacular group. We had the hits from after the 2011 Copa America in Argentina, bad in the qualifiers because had we lost vs. Colombia, it would have complicated things for us. But we won and from there, we didn’t lose anymore. The group got stronger, united and we didn;t lose until the final which we deserved to win. I believe yes.

“Penalty to Higuain? Yes… And… With VAR… Surely.”

“The truth is that we didn’t get to it well, the qualifiers cost us. There were a lot of changes, a mess in the middle of the Argentina national team with the change of coach, of players… We finished badly but I keep thinking that if we would have won that first game, everything would have been totally different.

“With Croatia, we played a different way. Until the first goal, we were great and we had just qualified in the last game and even so, we didn’t win vs. France. When we got the 2-1, Pavard scored that great goal from outside of the area. But we were already bad.”

He also spoke about the three lost finals:

“We didn’t win. We lost three consecutive finals and the criticism started towards the group… They started to kill us for not being champions. We did everything well until the last game, including not having lost because two of the finals were on penalties.

“After that came the entire process of the World Cup in Russa which was difficult, fucked, a lot of things happened in the middle of it all. In 2019, an entirely new team was formed, with a lot of young players. It was a good Copa America that left us with a good senstation. And from there, everything started.

“I compare the 2014 process a lot because it’s a very similar group, where we got a lot great, where we couldn’t wait to watch the Argentina national team games to enjoy spending time together. That’s how it was like. Very similar, it reminds me a lot of 2014 at group level. How we live our day to day when we are with the national team.

“It was important. The start cost us and we ended with a good feeling against Brazil.”