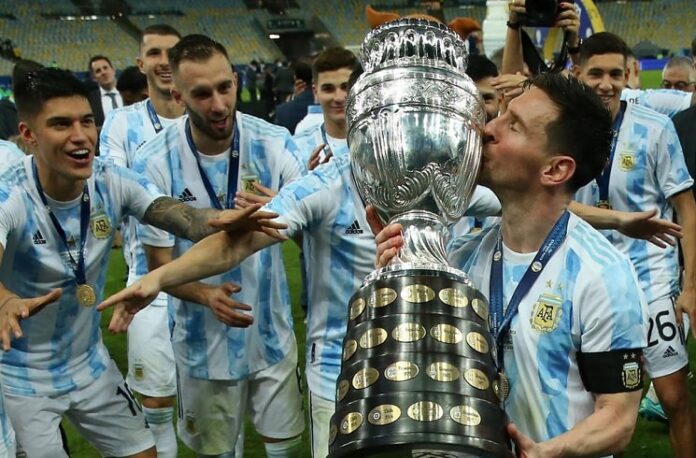 Lionel Messi spoke about winning the Copa America with the Argentina national team.

Messi was crowned 2021 Copa America champion with Argentina after having lost four finals. After several tournaments lost, he was able to win a trophy with Argentina and in Brazil.

“I’m one more in the group and in this case, I try to join them because they were all kids who already knew each other from before, they were young, I got there later because I wasn’t there in the first games of that process.

“I did more than normal for the way that I am to integrate as quickly as possible. I was the one who tried to get closer.”

On winning the Copa America:

“I couldn’t believe it. I didn’t know how to celebrate in that moment. I was there, what I was missing was given. One of my objectives to close everything for me was fundamental to be able to win something with the Argentina national team.

“If not, I would have always been left with the thorn of the lost finals, of not having been able to win with the national team. It was the moment to say that’s it. I would have liked to have enjoyed being champion with the people in Argentine for a few more days. Because it was crazy beautiful.”

How the country lived it, the days after, until today, I believe that people are crazy with the national team, with what is coming, excited…