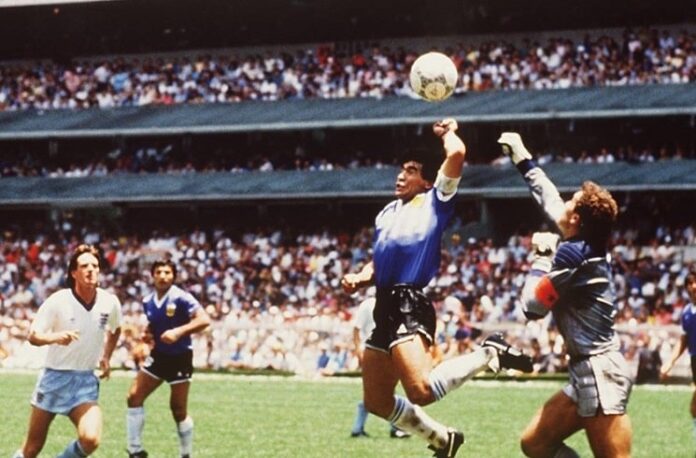 The ball which Diego Maradoba used to score the Hand of God and Goal of the Century will be auctioned off.

Diego Maradona scored two of the most memorable goals in World Cup history in the same game. Argentina vs. England in the quarter finals of the 1986 World Cup is known as the Diego Maradona game.

Ali Bin Nasser was the referee for that game and has kept the ball and it will now be auctioned off. He said:

“This ball is part of the history of football, it seems right to share it with the world.”

It’s expected to be sold for about £3 million.