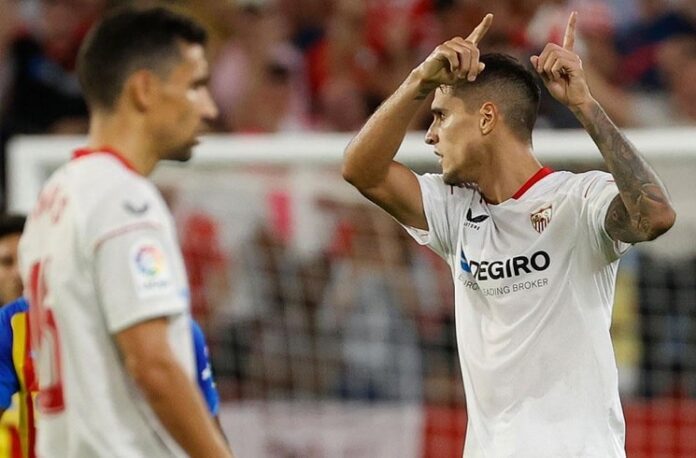 Erik Lamela scored for Sevilla in their 1-1 draw vs. Valencia.

Lamela was brought on as a substitute for Sevilla and the Argentine would score the goal that would draw Sevilla level. Sevilla coach Jorge Sampaoli started Gonzalo Montiel, Marcos Acuña and Papu Gómez .

With Valencia leading 1-0, Sevilla were awarded a corner kick. The cross found Lamela and his left footed effort beat the goalkeeper as he scored his second goal of the season.