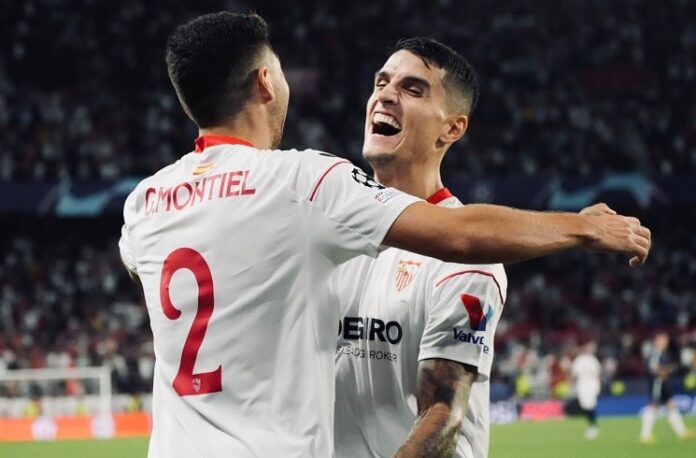 Gonzalo Montiel scored for Sevilla in their 3-0 win vs. Copenhagen.

Montiel scored his first goal in the Champions League and it was one that was created in Argentina. Erik Lamela would take a shot from outside of the penalty area which was saved by the goalkeeper and Montiel would score the rebound.

The Argentine has now started Sevilla’s last five games. He is also part of the preliminary Argentina team for the World Cup.