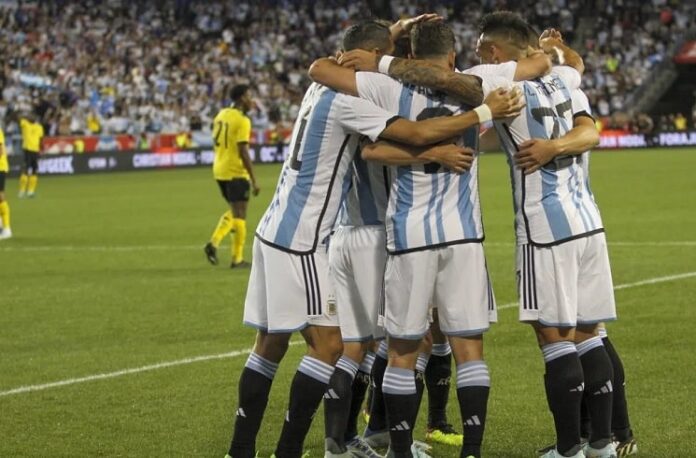 Domenech coached France at the 2006 World Cup when they made the final and the 2010 World Cup. He spoke to Olé Sports Summit about the Argentina national team and the upcoming World Cup. Here is what he had to say about who he thinks are favorites to win the World Cup:

“I see three teams. France, Argentina and Brazil. The problem is that we (France) can play Argentina in the Round of 16. For me, it’s a problem. It’s better to beat Denmark…

“PSG have three players that can be World champions this year. Messi, Neymar and Mbappé. The three can win it. But the best of them all right now is Messi.”

“First of all, for me, Messi is the most wonderful player I have ever seen. He is able to do everything that hasn’t been seen. There are players that do interesting things but he does things that we haven’t seen before. He is the only player to do that. Maradona also did that.”

“He is able to live a month of the highest pressure that exists, the World Cup. But it’s not him, it’s the others. If the others are capable of it, if he can transmit his experience, he is good but we don’t know how this experience is given. And every moment is different and has different situations. They could play France in the Round of 16 and remember the last time, we (France) won. And we would have a Messi and Mbappe, let’s see…

“After Barcelona, Messi had a very difficult year. But now, what he is doing, what we are seeing, it’s the same thing he was doing four or five years ago. He is “the player” of PSG.

“It’s not a problem taking care of the youth because now many of the youth players are in the national team and they know the organization and they know all the players. It was the same thing for me, when I was in the U21’s before.

“Zidane was 34 years old in 2006. When you have a player of that level, he is the one that rules everyone. The others have to tell themselves: “We have to be strong and he is going to make the difference” and let him go, doing what he wants to do.

“I remember that Maradona’s team mates said “we are here to serve you” and he made the difference.”

France aside, if he is an Argentina fan:

“For Messi, first for Messi. Because he is the best player in the world.”

In regards to Kylian Mbappe’s comments that South America is not at the same level as Europe:

“Mbappé, he would have done well not to speak. You can’t say something like that. There are players (South American) that play in Europe, in every club.”