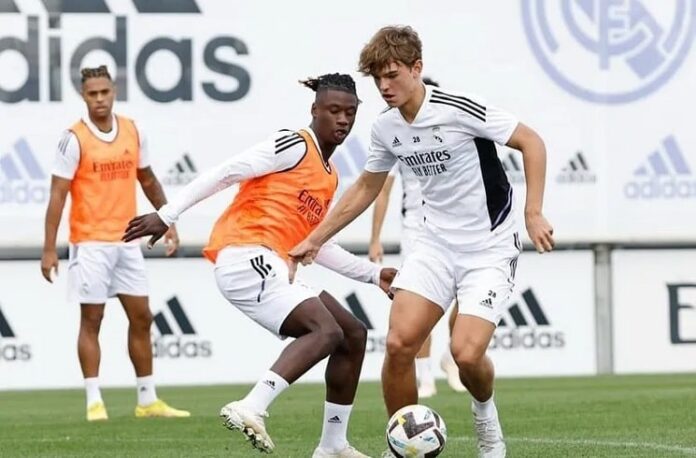 Nicolás Paz has been called up for Real Madrid for their Champions League game vs. RB Leipzig.

Paz has been called up by Carlo Ancelotti to replace Modric for the game. The midfielder joined Real Madrid in 2016 and presently plays for their youth team.

The 18 year old was born in Spain but called up for the Argentina national team back in March by coach Lionel Scaloni but did not play, he instead trained with the team and represented the Argentina U20 team. His father was part of the 1998 World Cup team for Argentina.