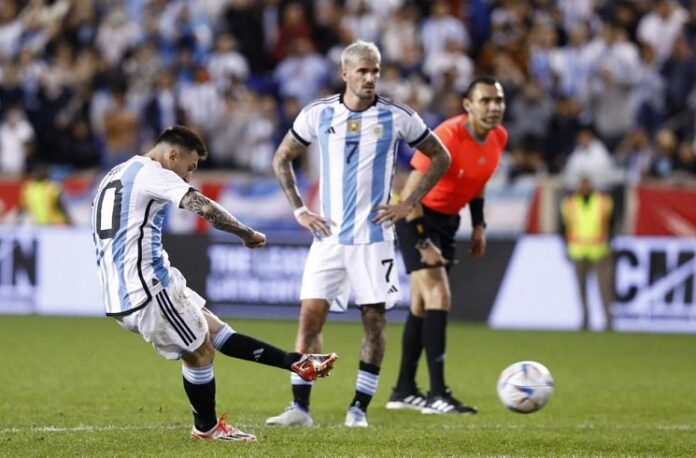 Sadio Mané has commented on the Argentina national team’s chances at the World Cup and Lionel Messi.

Mané will be with Senegal at the World Cup. The Senegalese has been in great form for Bayern Munich and scored in a win vs. FC Barcelona in the Champions League.

After Bayern’s Champions League game, Mané spoke with SCESPN and was asked about who his favorites are to win the World Cup. Here is what he had to say:

If he saw Lionel Messi play in the Champions League:

“I think there are a few teams which can win the World Cup and Argentina is one of them.”

Sadio Mané when asked about 2022 World Cup favorites: “Your country, Argentina… Yeah, unbelievable (Lionel Messi) player. Argentina, Brazil, Germany, France, England. There are a few teams which can win the WC and Argentina is one of them.” Via @SC_ESPN.pic.twitter.com/QjYQuGvXMz