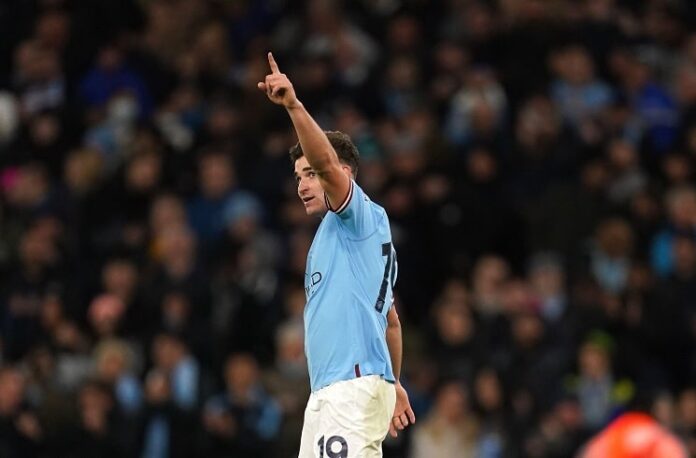 Julián Álvarez scored and assisted twice for Manchester City in their 3-1 win vs. Sevilla.

The Argentine made it 2-1 for City as he got the ball inside the penalty area and dribble around the goalkeeper and scored to give City the lead. He would also have an assist on City’s third goal of the game.

He also spoke about the game and his goals. Here is what he had to say:

“The first half cost us a little more, we had the ball and the control of the play but we couldn’t take advantage of our chances. The second half, we did a little better and for that we were able to turn the result around.”

“Happy for the goal, having had enough minutes. It’s always good to score to add to the personal confidence.”

For Sevilla, Papu Gómez, Marcos Acuña and Gonzalo Montiel all started. Erik Lamela was brought on as a substitute.