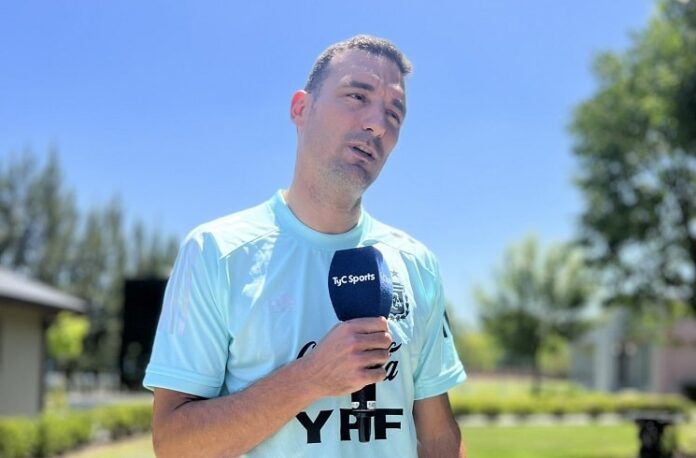 Lionel Scaloni was in Ezeiza in Argentina and spoke about Gio Lo Celso’s injury. He had given an interview at the airport but gave another one on Wednesday talking about possible replacements in the team. Speaking with TyC Sports, here is what he had to say:

“Numerically, there is a replacement but football wise, no. There are others with other conditions but it’s obvious that for us, he gives us a lot.

“It’s what you get playing a World Cup in the middle of the season with a crazy month of October, with games every three days and after that releasing the players three days before starting a World Cup.”

In regards to the rumors that Lo Celso will go to Argentina to be treated by the Argentina national team medical staff:

“It changes nothing to have Lo Celso here. We will be travelling on Sunday and we would not be doing him a favor to be on the plane for so long and then have another trip to Qatar with so many hours of flight. He is being treated there with trained people.

“One of the things that every coach wants is that the player gets there healthy. It doesn’t matter if they get there in form or not.

“He who gets on the plane is ready to play the first game. It’s our idea but there are some nuances that we have to assess in positions and we will take these days.”

“We should wait to see how the guys with complications evolve. If any of the defenders arrive with a knock, there is the possibility of taking one more.”