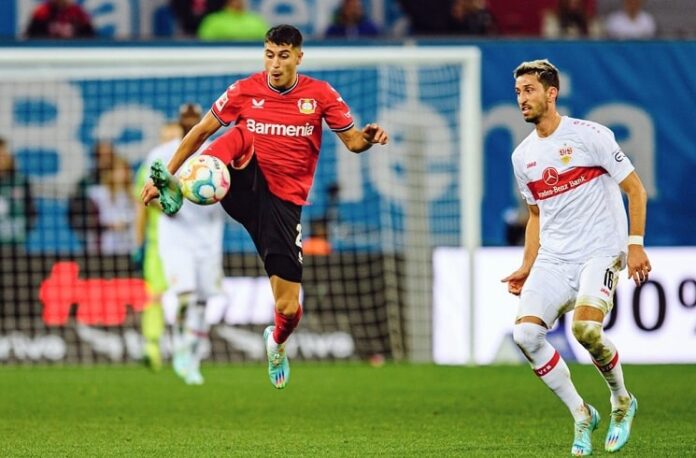 Exequiel Palacios had an assist for Bayer Leverkusen in their 2-0 win vs. Stuttgart.

Palacios started the game for Bayer Leverkusen and did not disappoint. The 24 year old had an assist for the first goal of the game as he repaid Xabi Alonso’s faith in starting him.

The Argentine was the Bayer Leverkusen with the most recoveries with 10 of them. According to Dataref_Ar, he also had the most duels won with seven and most interceptions with six.

The Argentine is part of the Argentina national team for the 2022 World Cup as he was called up by coach Lionel Scaloni to the team.