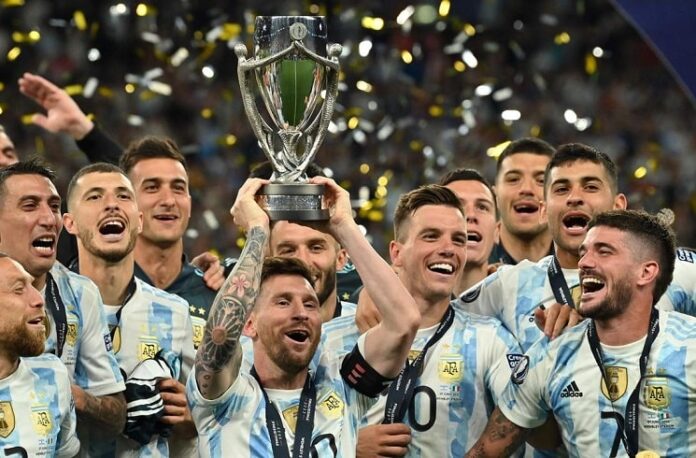 Lionel Scaloni made the announcement on Twitter, releasing a video as he named the 26 players which will be at the 2022 World Cup for Argentina. The announcement was set for Monday but was was announced on Friday.

Paulo Dybala makes the team for Argentina and as does Juan Foyth. Both players were struggling with injuries and fitness issues.

Joaquín Correa is in the Argentina team as Ángel Correa does not make the list. It was reported that it was between the two Correa’s and Joaquin was ultimately included.

Franco Armani is presently with the Argentina national team with most of the players arriving on Saturday and Sunday. Argentina play the United Arab Emirates on Tuesday in Abu Dhabi.

Here is the Argentina team for the 2026 World Cup: