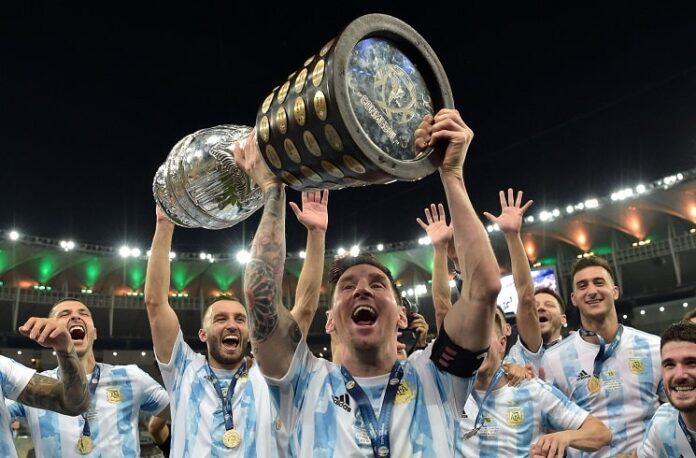 Messi spoke about what it meant to win the 2021 Copa America with the Argentina national team. Speaking in an interview with CONMEBOL, with Ezequiel Lavezzi as one of the hosts, here is what Messi had to say:

“The Copa America was special because it was what I most wanted and the one that cost me the most.

“I had already lost many finals. I had won everything with Barcelona and on a personal level but with the national team, it was the one I was missing.”

Regarding who the favorites are to win the World Cup:

“The candidates are always the same. There are a few surprises but in general, the big teams are the candidates. Above the rest? Brazil, France, England. Today, they are a little above the rest but anything can happen.”

In regards to women’s football:

“Women’s football is growing a lot worldwide and more and more women are interested and practice it.”

He also spoke about how he is:

“You always have to believe big. In everything I do, I try to think like that and that everything can turn out as one intends.”

About life once he stops playing football:

“I guess I’ll still be linked to football after I retire but I still don’t know.

“I don’t see myself as a coach, today, it doesn’t catch my attention.”

Lavezzi: “You are going to be the president of Newell’s” as Messi smiles.