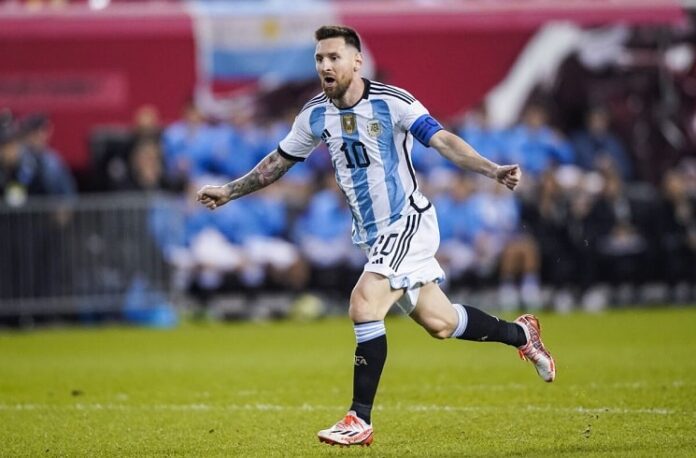 Lionel Messi spoke about the Argentina national team, the fans, coach Lionel Scaloni, playing against European teams and growing up.

Messi commented on playing for the Argentina national team. Speaking in an interview with Jorge Valdano on Universo Valdano, here is what he had to say:

“I told my dad we had to do something so that people in Argentina knew I was here (at Barcelona). I went to two friendlies with the youth team and they already knew me. I wanted to be there, with the Argentina national team.”

About winning the Copa America:

“After so much, an impressive moment has arrived with the Argentina national team. There were so many years and so many disappointments. That’s why I cried at the last Copa America.”

He also spoke about the Argentina fans:

“I always felt the affection of the Argentine people but there was always a part of Argentina that always questioned me. They had opinions about everything I did.”

“Scaloni has always had a very special personality, ever since he was a player. He’s great at preparing for games. The best thing he has is the communication. He chose a group without thinking about what the others said. He’s very simple, normal, realistic.”

In regards to playing European teams:

“We didn’t have many games against European teams. I think we’re in a good moment but we must not fall into the mistake of people’s madness and believe we’re favourites to win the World Cup. We have to be realistic and take it step by step.”

Jorge Valdano once told him about how “Mascherano once said it would be crazy to be Messi for 5 minutes.” Messi said this:

“Being Messi has its negative side, I sometimes wish I wasn’t famous. I don’t like being the center of attention or feeling that people are looking at me. But I’ve gotten used to it.”

He spoke about growing up in Argentina:

“The streets taught me a lot. I left Argentina when I was young but I learned a lot before I left.”

“I believe that football has changed a lot. It’s more difficult to see a different player, one that is out of the ordinary. Because from a young age, they force you to play in a certain way. I think it has changed a lot. Football will be more tactical.”